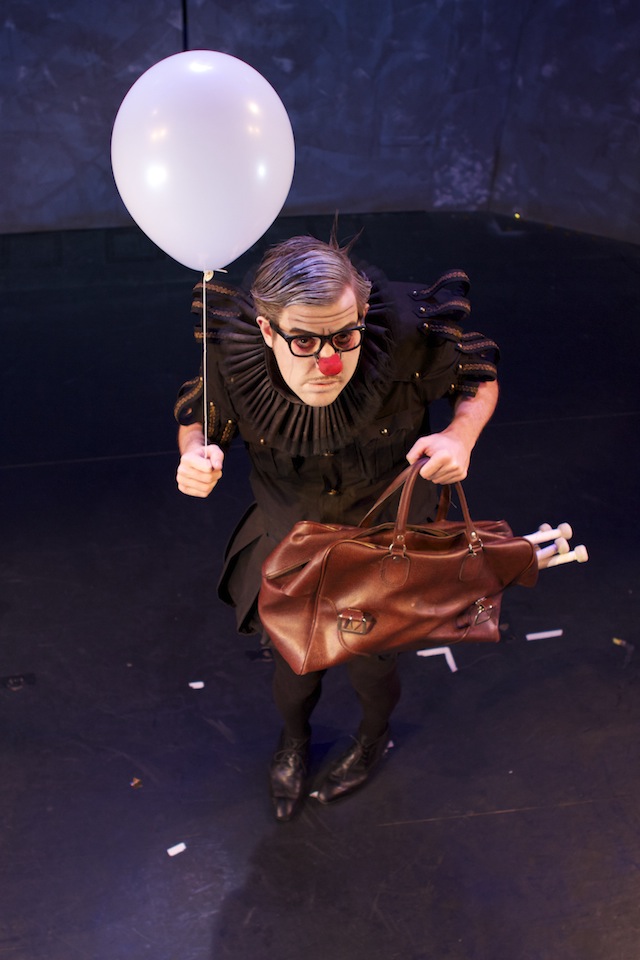 A helium balloon and a bag of juggling clubs are the starting point for this fatal story from the life of a black clown. The fight against gravity takes on a new dimension through the rise of the balloon and fall of the clubs, and from the very first second, it’s an acid test for the nerves for both the protagonist and the audience. Blow Up is a black-humour, zany juggling and object-theatre piece that brings the art of failure to its logical conclusion. It’s the perfect act to impart a black mark on a colourful mixed show: grotesque, hilarious and a little bit sinister.

THIS SHOW IS A PART OF

“The bag of clubs in one hand, a balloon kept from floating away in the other, his juggling becomes a curious masterpiece.” (Darmstädter Echo)

“The most astonishing appearance, however, is made by young Matthias Romir from Nuremberg: actually a juggler – but much more than that – because he is so quirky, and his appearance so originally orchestrated, that the virtuoso performance with the clubs has most likely never been seen before.” (Esslinger Zeitung) 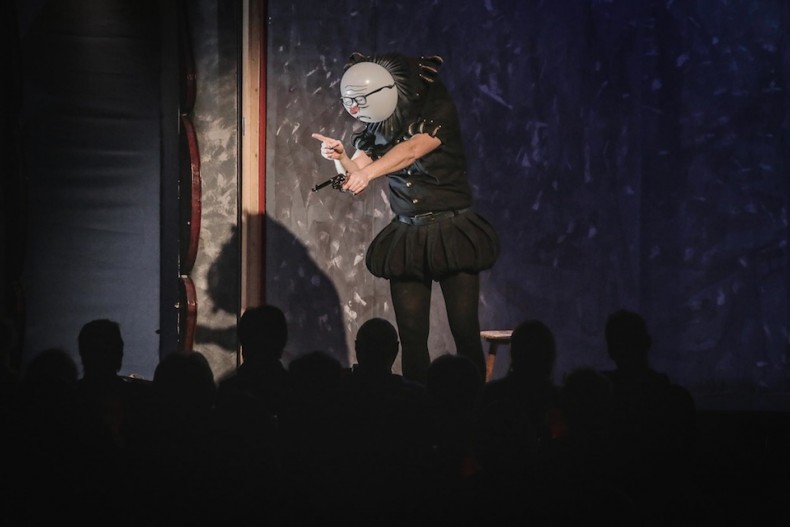