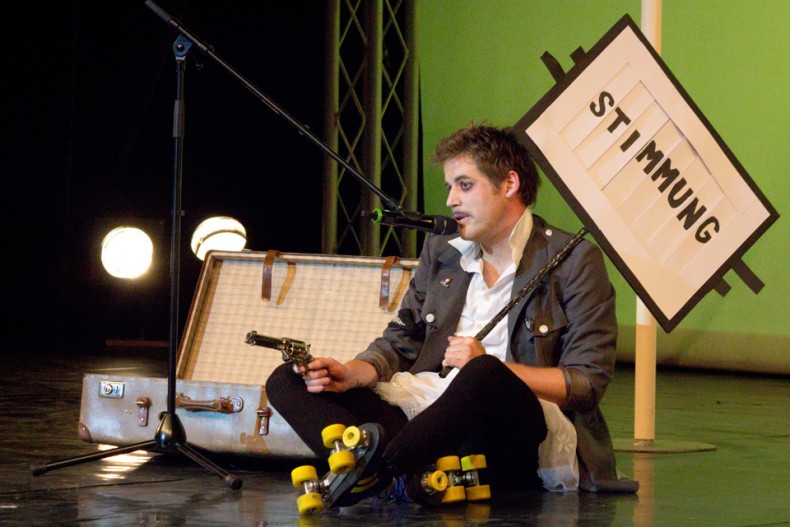 Whether as a black clown, dandy or punk-ballerina on disco skates, Matthias Romir always finds the right words to let the evening’s artists shine. Cheeky and charming, he hosts the evening with a good feel for his audience and for the programme’s building suspense. He enriches the show with his own wonderfully quirky contributions; his repertoire ranges from the daring “Lambada of Death” on the panpipes to the “Fabulous Belly-fold Catch”, via the vote for “Germany’s Super Juggler”. Weird, surprising, profound and roaringly funny.

“On roller skates and in a tutu, with wit and poetic juggling, he hosts the action. He makes amusing observations during set changeovers, swings his Diabolo and lets cute balloons float to the ceiling.” (Darmstädter Echo)

“The role of presenter is taken on by exceptional juggler and absurdist Matthias Romir.” (Weser-Kurier)