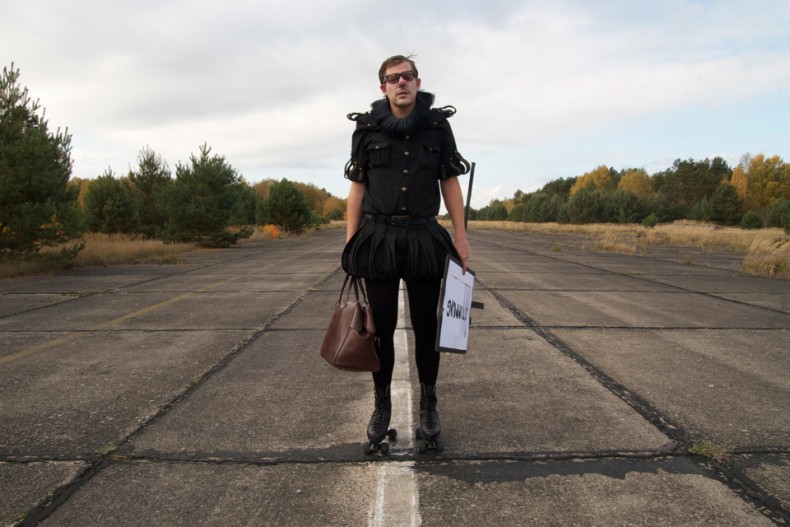 For over twenty years, Matthias Romir has been creating short acts on the boundaries of juggling, object theatre, clowning and video art. At some point it occurred to him that many of his works have an intrinsic connection, without having been planned that way. That’s how several short stories became one long one and Romir’s first feature-length programme. The full spectrum of his work unfolds in an intense rush of images.

“Life is Short Stories” is a collection of visual anecdotes about the meaning and madness of life. The stories are at times concrete, at times abstract; at times loud, at times quiet; at times silly, at times sombre; but they’re always comical and straight out of life. Almost entirely without words, the artist explores the sorrows, fears and hopes of a man who wants to be free from his constraints, yet is searching for a foothold.

The show has grown with its creator and will most likely keep on doing so. A 35-minute version has been successful at Europe’s street-theatre festivals since 2008. In 2013 the 80-minute theatre version celebrated its premiere, and it wasn’t long before the first awards started coming.

“A Gesamtkunstwerk which the juggler’s skill releases from mere astonishment and the sheer pleasure of jugglery and instead embeds uncompromisingly into modernity … an outstanding programme.” (Nürnberger Nachrichten)

“What it offers is the most beautiful poetisation of life.” (Darmstädter Echo)