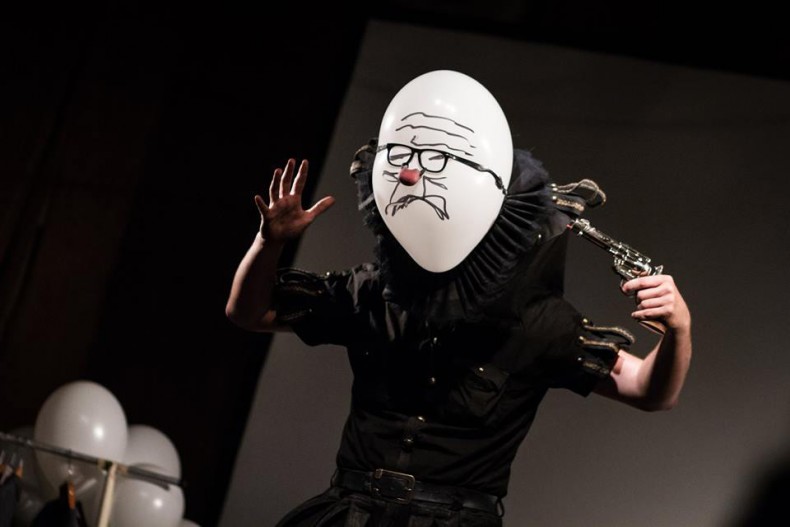 This show is like good coffee – bitter, like life; black, like the future; yet somehow strangely enjoyable. “Schwarz” brings together Matthias Romir’s hitherto most important acts as a black clown in a bitter-sweet study of a clown on the edge. In the hands of the strange character on roller skates, the helium balloon’s airy effortlessness takes on a grotesque note. Out of the playful struggle with the pitfalls of possession, a simultaneously touching and hilarious story about the uncompromising love for a married woman soon develops. The art of failure is brought to its logical conclusion. Expressive juggling meets depressive clowning and naive mask play. “Schwarz” is a mishmash of strange ideas and a pledge of strong feelings; it’s a show that gets under your skin. But above all, it’s dead funny.

“Anyone who has ever seen the sad clown with the Cyrano-de-Bergerac nose, Renaissance costume and roller skates won’t be able to get the image out of their head.” (Nürnberger Nachrichten)